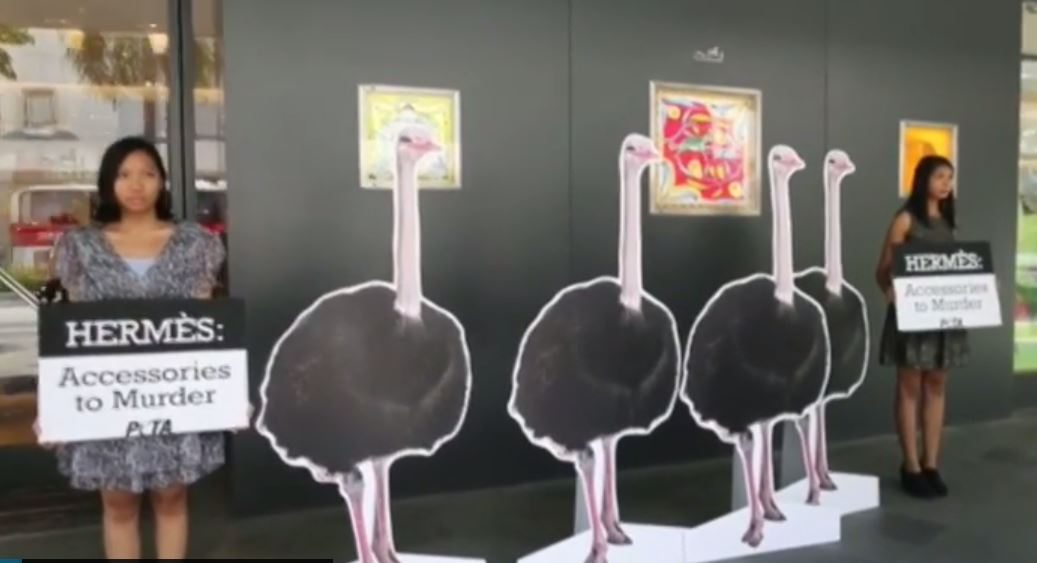 Manila, Jun 16 (EFE).- About 10 activists from animal rights group People for the Ethical Treatment of Animals (PETA) staged a brief demonstration in Manila Thursday to raise awareness of the use of ostrich skin in luxury brand products, an epa journalist reports.

The group held the protest at 12 noon (4am GMT) at a Hermes store, which PETA claims sells bags and sofas that are made from ostrich-leather.

The demonstrators, who included both foreigners and Filipinos, brought life-size cardboard cutouts of ostriches which they erected in front of the shop, and held placards with the message 'Hermes: Accessories to murder' printed on them.

A Hermes staff member briefly came out of the store to complain about the action, before going back inside.
PETA's move lasted only about five minutes before security guards dispersed the activists, as well as local media, saying they were on private property and were not permitted to hold the protest.

The guards confiscated the cardboard cutouts and tried to bar photographers from taking photos.

The demonstration follows a similar one held by PETA activists in Kuala Lumpur, Malaysia, in April, when they set up the same cutouts of ostrich images in front of a Prada store.