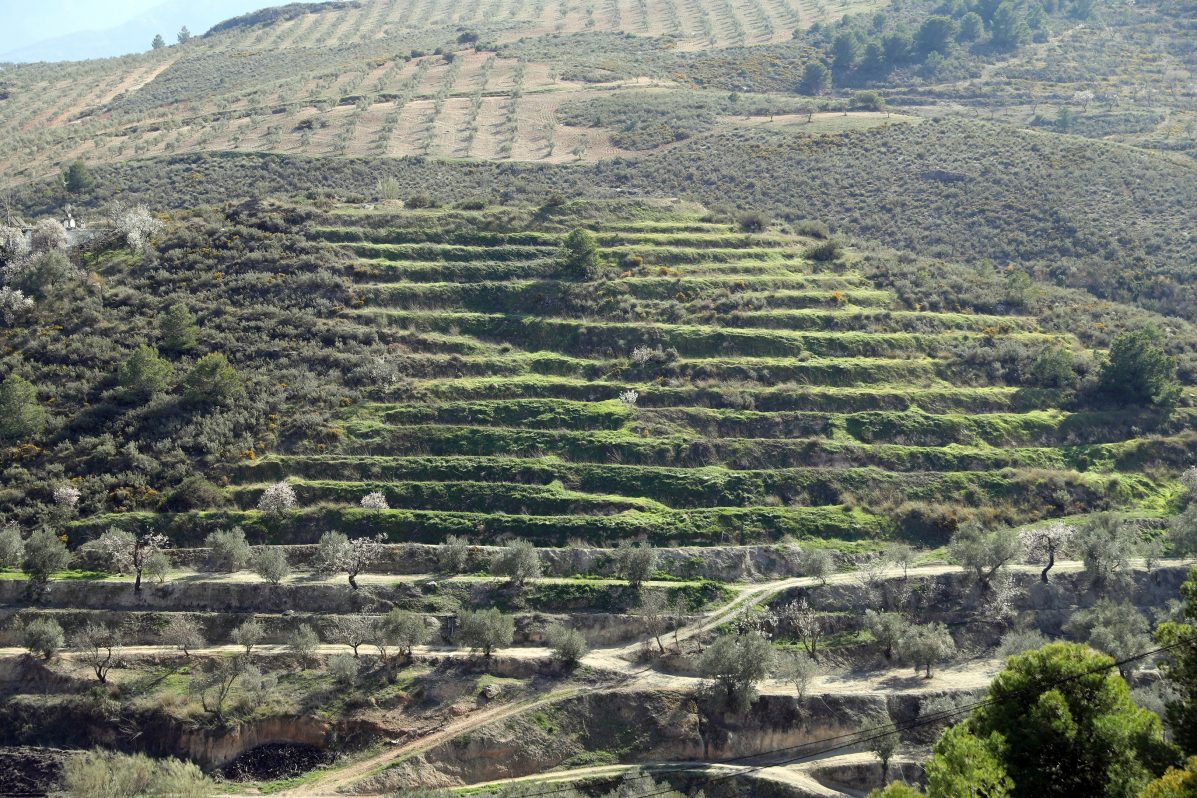 The Alpujarra: An unlikely cosmopolitan hub in Spain’s Sierra Nevada

Spend an hour in the shade of an orchard in the Alpujarra valley, a lush network of gorges hemmed in between Spain's often-snowcapped Sierra Nevada mountain range and the Mediterranean Sea, and analogies of paradise will naturally spring to mind.

Such is the undeniable natural beauty of this corner of Andalucía that a steady stream of predominantly northern European expatriates has made its way here since the late 1970s, transforming rural farming villages with once dramatically dwindling populations into unlikely cosmopolitan hubs focused on organic agriculture and an ecologically sustainable existence.

“I would not recommend this life to everybody,” Lore Ruegg, a Swiss woman who settled in the Alpujarra 18 years ago, told EFE. “If you come with romantic ideas you are going to be disappointed because a lot of work is required, it’s hard at times, and making a living isn’t easy.”

She fiddled with an orange that had dropped from one of the trees on her property just outside the town of Órgiva, the nerve-center of western Alpujarra valley, while her golden retriever, Estrella, snoozed in a patch of sun.

“But, if you are interested in the experience and in new things, and if you like to live close to nature, then yes, I would recommend it,” she added.

Lore and her husband Jordi, originally from Spain’s northeastern Catalonia region, relocated to the Alpujarra after spending three years in Findhorn, an eco-village in the north of Scotland.

They now run a small organic bakery, La Espelta, which opens four days a week and services a predominantly international clientele in Órgiva.

Their decision to trade in the cooler climes of the Scottish Highlands for blue skies in southern Spain set them on a path well-trodden by droves of like-minded people.

Nowadays, the town of Órgiva boasts of 70 distinct nationalities among its 6,000 inhabitants in a region that has seen a 50 percent drop in its population since the 1960s.

The new arrivals have somewhat tempered this downward trend and regenerated much of the land by purchasing abandoned farmhouses.

It makes for a fascinating demographic.

An alternative, hippy ethos that sprouted in the 1970s remains intrinsic to the fabric of this vibrant community, but there are also spiritual New Age groups, a well-rooted Sufi Muslim society, aspiring young agriculturalists, travelers, punks and others who simply feel rejected by the norms of mainstream culture.

“Normally you’d have to live in a city to have so many people from different cultures, countries and religions. It enriches the zone and is a factor that continues to bring people here,” Lore remarked.

Yet the Alpujarra is no stranger to intrepid foreigners.

British author Gerald Brenan settled there in the 1920s. His retrospective autobiography “South from Granada,” published in 1957 regaled an international readership with tales of mysterious traditions, poverty and descriptions of a sublime natural beauty that could well have been written today.

In 1999, Chris Stewart’s international bestselling “Driving over Lemons” trilogy gave a modernized account of how he, too, came to settle in the Alpujarra; where he remains to this day.

Although separated by several decades, in which even the farthest-flung villages of the valley were made accessible by tarmacked roads, the books share several central themes, most notably the essential helping hand that native Alpujarreños provided to incomers.

Their local knowledge was indispensable to foreigners looking to earn a living off the land.

“Those of us who came from abroad have learned a lot from the people who have spent their whole lives working here,” Lore explained. “Very few of us who now own fincas here really knew that much (about agriculture).”

But Lore believed that the influx of foreigners repopulating areas of the valley has also provided fresh opportunities to locals and that the passing on of knowledge was mutual; several other organic bakeries have sprung up in Órgiva, capitalizing on the growing taste for bioproduce, and a boost in international tourism has brought money to the area.

She said her bakery allowed her to give back to a community that had offered her so many opportunities, and with 18 years in the Alpujarra behind her, she considered herself well-integrated in the community.

She nevertheless fell short of labeling herself a local.

While there is a prevailing conviviality between the international community and the native Spaniards of the valley, both sections of society retain an element of autonomy from one another.

“I come from a village in Switzerland where everybody knows everybody,” she said, tending to some oven-bound cakes in the kitchen at La Espelta. “I don’t need to know everyone,” she added.

It was the prospect of joining an alternative community that initially piqued her interest in the Alpujarra all those years ago, but the natural surroundings of the area played a key role in her decision to stay.

“When I arrived, it was in April and the orange trees were in bloom,” she remarked with a smile. “And you know, you come out your house and,” she took a deep breath in,“it’s glorious”.