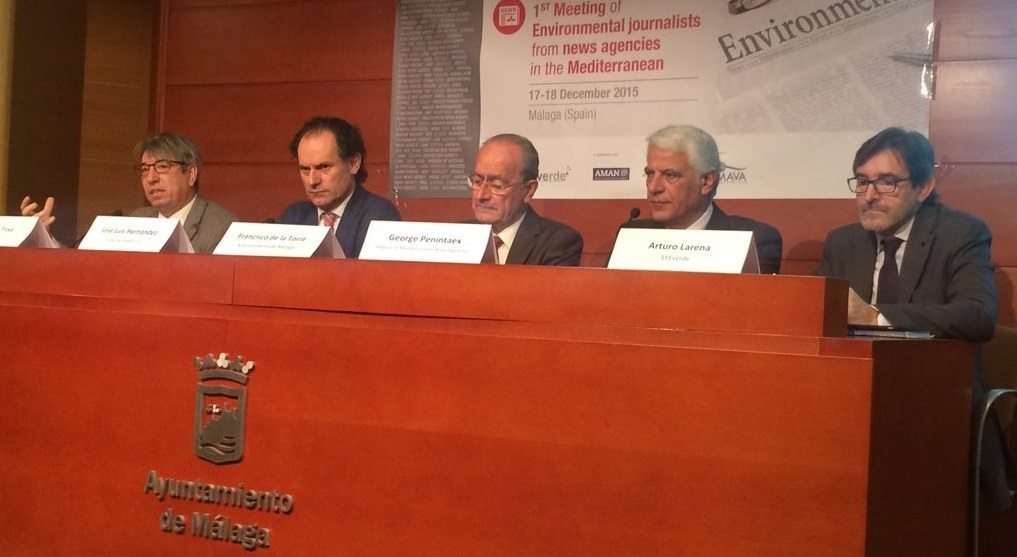 Malaga, Spain, (EFEverde).- Environmental reporters play a key role in raising awareness of the Mediterranean basin's vulnerability to the impacts of climate change, authorities said at Thursday's inauguration of the First Meeting of Environmental Journalists from Mediterranean News Agencies.

The participants in the two-day gathering in this southern city include George Penintaex, secretary-general of the Alliance of Mediterranean News Agencies, or AMAN; Antonio Troya, head of the Switzerland-based International Union for Conservation of Nature's Center for Mediterranean Cooperation; and Arturo Larena, the director of EFEverde (EFEgreen), Agencia EFE's global environmental news platform.

The meeting, which is being held just days after a historic global agreement was reached at the COP21 climate conference in Paris, will examine, among other issues, the news challenges stemming from that accord.

Conceived of as an opportunity for work, debate and reflection, the gathering is aimed at generating synergies among journalists from the main Mediterranean news agencies and addressing questions about how to improve environmental and scientific reporting.

Penintaex emphasized the role of news agencies, noting that their extensive networks for covering news from the Mediterranean basin make them a basic source of knowledge for the citizens of regional countries.

"This is the first seminar that combines the environment and journalism in the Mediterranean," Troya said.

He urged journalists to inform members of the general public and decision-makers about the environmental problems facing the Mediterranean, one of the regions most threatened by global warming.

Larena, for his part, said the Mediterranean region was "a community with a privileged biodiversity" and that journalists play an "essential" role and have an obligation to build a better-informed society through their reporting.

The forum, launched by EFEverde / EFE and the IUCN's Center for Mediterranean Cooperation, is "a great opportunity for learning from one another and sharing experiences about what we do," he added.

The general public is constantly seeking more and better information from environmental journalists, according to Larena, who said that demand had created a need for trained professionals who "can help improve the planet" through their work. EFEverde